What could be better than earning money each month while someone else pays your mortgage? Being a landlord can be a dream come true for new real estate investors, and with some work and expertise, can become reality. Below are our top five rookie landlord mistakes, and by avoiding these Read more… 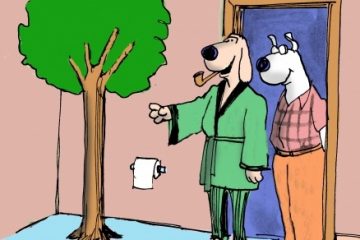 A Landlord’s Guide to Service Animals

Verbal vs. Written Rental Contracts: Do You Really Need a Signed Lease Agreement?

Luigi Rosabianca is principal attorney for Rosabianca & Associates Whether or not to use a lease agreement when you rent is a subject that ignites a good deal of debate. There are many landlords that will tell you that they have been renting for years without having the tenant sign Read more…

Tenant Pet Policies: How Should Landlords Handle Pets in their Rental Properties?

Jesse Holland is a Certified Property Manager and President of Sunrise Management & Consulting. According to the Humane Society of the United States, almost 50 percent of renters in this country have pets. While this can be a lucrative market that many landlords would want to tap into, not every Read more…

According to the Environmental Protection Agency (EPA), secondhand smoke is a carcinogen that causes approximately 3,000 lung cancer deaths each year in U.S. nonsmokers. Children are even more susceptible to the effects of secondhand smoke because they are still developing. Those that are exposed to high levels of the carcinogen have the greatest chance of developing asthma, pneumonia, bronchitis and middle ear infections. These discoveries have prompted a growing number of renters to seek out smoke-free housing, so as to prevent the health risks of secondhand smoke. But is the increasing demand profitable enough for landlords to turn their rental properties into non-smoking zones, and is the conversion so difficult as to not be worth the profit? These are questions that need to be considered before taking any such action.
A basic definition of smoke-free housing, according to David Sacks, a partner with…

The Lease Option Agreement: Pros, Cons, and a Creative Approach to Real Estate

When Congress passed the Housing Act of 1937, incorporated in the legislation was a program designed to sponsor subsidized housing for low-income families. Officially known as the Housing Choice Voucher Program, but more commonly referred to as Section 8 housing because this is the section of the Housing Act that Read more…

Renting to Immigrants: The Laws Affecting Landlords and Undocumented Immigrants

According to the Department of Homeland Security, in 2008, there were 1,107,126 documented immigrants in the U.S. The agency also estimated that the number of unauthorized immigrants residing here totaled 11.6 million. On the surface this would seem to represent a burgeoning housing market of which landlords would want to take advantage. However, tapping into this market is not without its difficulties.

The problems associated with renting to non-U.S. citizens are compounded by the dichotomy between federal and state law, says Professor Michael Seng, Director of the Fair Housing Legal Clinic at the John Marshall Law School. The federal government makes no distinction between a legal or illegal immigrant, so renting to a foreign national is subject to the same standards as renting to a U.S. citizen. The difficulty arises on the state level if you live in a municipality that has made it an offense to rent to an undocumented immigrant. In some of these jurisdictions renting to an illegal "alien" is punishable by the imposition of a fine, but in others renting to unauthorized immigrants is a criminal offense.

When tenants rent apartments, there are so many things that they need to consider. If you were to make a list of the top ten things they should be thinking about, the question of how they would replace their personal property if it were stolen from or damaged inside the Read more…

Safeguarding Your Rental Property from Your Tenants, While Still Cashing In

Being a landlord is a complex job. Not only do you have to deal with a whole plethora of issues, but some of these issues may have been caused by your tenants, and you must, as well deal with them in a diplomatic manner. We suggest 4 basic steps to Read more…

By EzLandlordForms, 12 years11 months ago