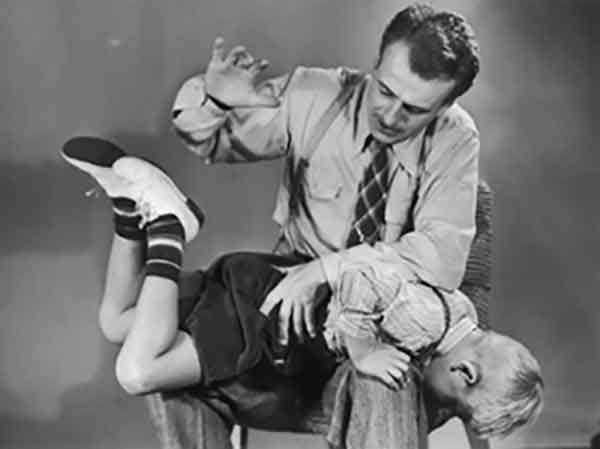 The mortgage is due and the tenant’s rent payment is tardy.  Then one month goes by, then another, and maybe another – every landlord knows this frustration.  One Waynesville, Ohio landlord reached his breaking point and took matters into his own hands literally.

According to the police report, a tenant owed $2,800 in unpaid rent, so landlord Ron Kronenberger told the 29 year-old man, “If you’re going to act like a child, I’m going to treat you like one.”  He then proceeded to spank the man four times on the rear with his belt.  The tenant explained that he was frightened and just wanted to get it over with so he complied with Kronenberger by bending over and placing his hands on a chair for the spanking.

Kronenberger is currently facing charges for allegedly spanking a tenant over unpaid rent.  The owner of Hometown Market in the heart of downtown Waynesville, OH, Kronenberger is well known in the small town.  A friend of the landlord was shocked by the allegations and claimed that it was very out of character for Kronenberger.

In a similar incident, a 58 year-old New Rochelle, NY landlord was recently arrested for entering his rental property and threatening tenants by swinging a large chain over his head and dousing two of them in gasoline.

Tempting as it is to try and force rent out of tenants, it is a surefire way to give the tenant “the upper hand” (legally, if nothing else).  Nothing slows down rent collection faster than a lawsuit, and this Ohio landlord is in for quite the legal spanking himself.

Are Rental Lease Rules Really Different From State to State?

Overview of the Eviction Process: A Step-by-Step Guide to Eviction