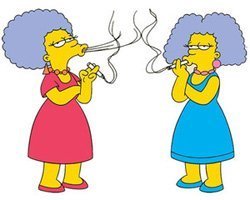 According to the Environmental Protection Agency (EPA), secondhand smoke is a carcinogen that causes approximately 3,000 lung cancer deaths each year in U.S. nonsmokers. Children are even more susceptible to the effects of secondhand smoke because they are still developing. Those that are exposed to high levels of the carcinogen have the greatest chance of developing asthma, pneumonia, bronchitis and middle ear infections.

These discoveries have prompted a growing number of renters to seek out smoke-free housing, so as to prevent the health risks of secondhand smoke. But is the increasing demand profitable enough for landlords to turn their rental properties into non-smoking zones, and is the conversion so difficult as to not be worth the profit? These are questions that need to be considered before taking any such action.

A basic definition of smoke-free housing, according to David Sacks, a partner with the real estate law firm Pathman Lewis LLP, “is about control once the decision has been made to implement the policy of prohibiting tenants from using tobacco products anywhere in the building.” He went on to add that in his view there is a market for this type of housing because clients ask him to draft these types of agreements. There have also been studies like those discussed in the December 2007 edition of UNITS, a publication of the National Apartment Association (report available below) that show a high demand for the banning of smoking in rental properties.

Mr. Sacks went on to note that the demand is probably greater in areas where there are high-end rental properties as opposed to properties in lower economic areas, as high-end properties attract people who tend to be more health conscious, who see a smoke free environment as a valuable amenity. However, that doesn’t mean that a landlord who doesn’t own high-end properties shouldn’t explore the possibility of making their property smoke-free. David recommends that they talk to a real estate broker in the area who knows the community and who can relate what the general consensus is toward smoke-free housing. 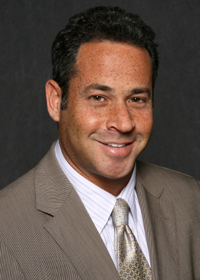 Making a property smoke-free is legal according to Mr. Sacks: “The Constitution doesn’t guarantee the right to smoke.” Of course, a smoker can sue that it is a violation of their civil rights, but if they have signed a lease agreement with a well-written policy whose provisions have been clearly stated, they have a much harder argument that their rights have been violated. Mr. Sacks also pointed out that this type of conversion is legal with Section 8 housing as well. The one caveat he did add is that the local laws are constantly changing, so it’s a good idea to check with an attorney to see if there are any legal obstacles before you make a conversion.

When you do adapt a smoke-free policy, Mr. Sacks recommends that you clearly spell out all of the rules and regulations in the body of the lease agreement, including any fines that may be imposed for policy violation. He also brought up the instance in which a landlord wants to convert a building with a 90 percent occupancy rate. In this scenario, David said you ask the tenants to sign a lease addendum, which outlines the new policy. Be advised that tenants are not obliged to sign the addendum, and landlords cannot evict a tenant who refuses to sign unless the original lease agreement contained wording that said that refusal to agree to changes in rules is a violation of the lease agreement. That said, if the tenant still refuses to agree to the new policy at the end of their lease term, the landlord can choose not to renew their lease agreement.

There are some significant benefits to converting to a smoke-free environment. From a cost perspective, allowing tenants to smoke results in extensive cleaning costs, like increased repainting and continually changing carpeting and window treatments. Then there is the issue of warranty of habitability. This is a law that exists in most states, which says the landlord must provide premises that are safe and habitable. Under certain circumstances a tenant can sue saying that secondhand smoke makes the rental uninhabitable. Having a smoke-free policy in place can protect you from this kind of suit.

Keep in mind that turning a rental property into a non-smoking residence is not for everyone. Landlords are wise to consider all of the financial and legal consequences before making a final decision, particularly in assessing the demand for smoke-free housing among the target tenant demographic.

The New York City Landlord Experience: What Is It Like to Be a New York Landlord?

Abandoned Rental Property? How to Tell if Your Rental Has Been Abandoned & What to Do with Abandoned Real Estate