What’s the Difference Between a Rental Agreement and a Lease Agreement? 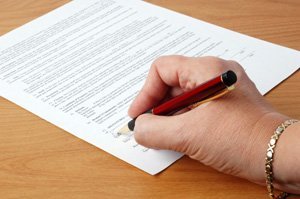 Is there a difference between a Lease Agreement and a Rental Agreement?

The answer is… it depends.

In many parts of the world (and in different regions of the United States), the two terms are used interchangeably as synonyms, for a written contract in which a landlord rents a residence to a tenant.

Elsewhere, however, some landlords and property managers use the term “lease agreement” when referring to a contract that lasts for a specific term (most often a one year term).  The contract may automatically continue for another full term, or may “roll over” to a month-to-month term, or may require the tenant to vacate at the end of the term, but an exact term is specified up front in the lease agreement.

On ezLandlordForms.com, our Lease Wizard allows you to select the lease term to be month-to-month, but to make it clear to people who consider a rental agreement to be a different document, we also list a separate document entitled Rental Agreement (Month-to-Month).  This separate document uses the exact same Lease Wizard to produce the documents however, so regardless of which document you use to create a lease or rental agreement, you will be given the same opportunities to customize your lease/rental package.

As always, these lease/rental packages are tailored to your state’s laws or your province or territory’s laws if your rental property is in Canada.