Are You Being Recorded? Covert Tenant Recordings of Landlords on the Rise

Ever tempted to secretly record a conversation using your smartphone's camera or audio recorder?  Getting solid proof just by hitting "Record" on your smartphone can be pretty tempting, and can be legal in some cases.

But consider the flipside of that temptation.  Have you ever considered that your tenants might be recording you?

Tenants are turning the tables on landlords with everything from smartphones to spy cameras to hidden microphones.  Today's video technology offers HD resolution, voice detection and cloud storage that enable anyone to produce an impressive recording.  With recording technology available to every single American, covert recordings have skyrocketed… along with the lawsuits (one man even left his phone recording during a colonoscopy, and sued after he heard the anesthesiologist mocking him).

Before talking to tenants, just remember your next conversation could be chronicled for eternity.

Don't assume that a covert recording will be disqualified as evidence in court.  Challenges to state and federal laws that govern the recording of private conversations are pushing change through the courts at a rapid pace.

And even if the recording isn't usable as evidence in court, tenants can still wind up with an embarrassing recording of you or your property management agents that they could circulate online.

It isn't clear yet whether New York City tenants' secret recordings will be accepted as evidence in a case against their landlord.

The residents claim they were being illegally pressured to move out of their rent-subsidized units.  The New York Times reported that the tenants took secret video – in one case with an old-fashioned camcorder; in another with a cellphone – of conversations they had with the landlord's agents who visited them in their apartments.  The agents allegedly promised money to tenants who agreed to move out while implying threats for any tenants who stayed.

According to the news story, the city's Housing Court routinely receives tenant videos of maintenance problems, such as leaking pipes, with the aim of showing property owner neglect.  But secret recordings like these have been uncommon until just the last few years.

California, for instance, sets a high bar for recordings.  It requires all parties in any confidential conversation – whether in person, on the phone, in email or text messages – to give their consent.  Those who record illegally can face criminal charges as well as civil penalties.

The Reporters Committee for Freedom of the Press published a state-by-state guide in 2012, a great place to start researching your state's rules.  Bear in mind that the most recent law updates won't be on this list.

Don't Star in Your Own Bad Movie

Every conversation you have as a property manager should be one you would be proud of hearing replayed in a courtroom.  Or broadcast to all your friends on Facebook, for that matter.  Or posted on websites where tenants rate landlords.

Still, there's no need to lose sleep worrying about who is recording what, as long your actions are legal and professional.

Have a tenant behind on rent?  Don't let your emotions cause you to spew insults or threats.  Just serve the eviction notice and proceed with the legal eviction process.

Shocked by the condition of your unit during a routine inspection?  Every comment you make could be recorded, so be professional – no screaming or name-calling.  That's what lease violation notices and eviction notices are for, with professional wording and legal clauses.

It can be easy to lose your temper with tenants who constantly fail to pay rent, ignore lease provisions and damage your rental property.  But if landlords want the protections of the legal eviction process, they must behave professionally and send legal eviction notices instead of simply reacting verbally and emotionally to tenant violations.  Minimize your in-person and telephone communications with bad tenants, and send written tenant notices instead.  (Good tenants are another story; these it helps to build a better landlord-tenant relationship with them.)

Courtesy and professionalism pay dividends in satisfied tenants, who are more likely to pay rent and less likely to try and catch their landlord with a furtive recording.

No matter how good of a landlord you are, the hard truth is this: evictions happen. You could have the most thorough screening of tenants, and you can still end up having to evict your tenant. Read more… 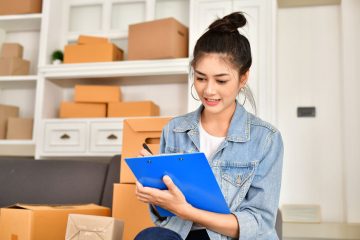 As your tenants’ lease comes to a close, you likely have a long to-do list before the next lease begins. On top of your to-do list, you’re probably worried about the state of your investment Read more…