Uninvited: What’s the Difference Between a Squatter and a Trespasser? 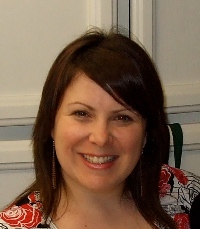 Can someone come onto your property and spend the night, uninvited, and then decide to stay? Can they just decide to receive mail at your place? When does the law differentiate between trespass and squatting? When does squatting become a tenancy? Where does the line get drawn between calling the cops and filing an eviction notice? Asked by my friends at ezLandlordForms.com, I’ve decided to investigate what is happening, at least here in Illinois. Here is what I found.

In Illinois, when someone enters the rental property without authorization they can be found guilty of criminal trespass to real property. For the actual Illinois legal code, see, 720 ILCS 5/21-3, et seq, but in lay terms, if a person were to enter and remain upon real estate without authority or permission, that is criminal trespass. It is not a requirement that the landlord or owner has to actually “say” that it’s illegal or without authority, but there are instances where, if someone stays after being notified that they are unwelcome, the crime of criminal trespass will be found. There is a part of the law that makes mention of falsely claiming a right to be there, such as presenting false or fraudulent papers to an owner of real estate. Also, Illinois law mentions that access does not have to be just on foot, and that access can be made by use of a motor vehicle of sorts – which would apply to a “private road” for example. While your state may be different and it’s best to check with your local municipality, these concepts are usually very common across the country.

One interesting exception to the rule here in Illinois is if a person in Illinois “beautifies unoccupied and abandoned residential and industrial properties located in any municipality” (see, 720 ILCS 5/21-3(d), et seq). Basically, in Illinois, if you plant flowers or remove debris (adding in a few other technicalities), one could avoid prosecution for trespass. That is interesting – and it’s something you may be interested in. Another exception that is probably foreseeable is in the case of an emergency. In that situation, a person who accessed property without authorization or permission (provided there is a bona fide emergency) may be exempt from trespass. Also in Illinois, in the case of Williams v. Nagel, the Illinois Supreme Court found that the owners of an apartment complex could bar certain individuals from the property, even guests of tenants, and even prosecute them. 162 Ill.2d 542 (Ill. 1994). There, in the situation where the tenant’s guests had been barred, if the management company elected to bar the guest, and the tenant extended an invitation to the guest to come onto the property, there could be an arrest for criminal trespass. The kicker there was that the lease in question gave the landlord the right to bar people from the premises. What is the lesson to be learned for our landlords and even our tenant readers? Including language in your lease relating to management discretion to bar access to tenants’ invited guests may give the landlord some very specific rights. Check in your local jurisdiction to be sure since there is some legal authority in Illinois and likely in other jurisdictions, that provides that a person who is on the property through the express invitation of a tenant is not a trespasser.

But what about squatting? Does the law mention squatters? In Illinois, I could not find any law that directly mentioned it. That must mean, for the moment, that the criminal trespass law would apply to trespass in the case where there was no authority given by the owner or manager. A property owner could invoke the law after one night, one week or one month. However, it is important to keep in mind that there are legal principles in place that do give people rights – such as the concept of adverse possession, and situations where written or oral leases may apply. Here in our great Midwestern state, there exists a Forcible Entry and Detainer Act, which is essentially an eviction law. That act is usually a landlord’s exclusive remedy for evictions. The key to this being applicable at all though – is that there must first exist a “landlord/tenant” relationship. In situations where the eviction laws are arguably the path on which to travel, because there is a landlord-tenant relationship somewhere in the mix, then there, a landlord would not normally use a criminal law to enforce rights or settle disputes.

One example of this was in the Illinois case of the City of Quincy v. Daniels, 246 Ill.App.3d 792 (4th Dist. 1993). There, a tenant’s mother who was occupying an apartment at her daughter’s request but in violation of the lease was initially convicted of criminal trespass. After an appeal, the appellate court found that the only way for the landlord to have removed the mother was to have evicted her under the statute. One way for you all to think about this distinction then is to try to determine if someone is living on the property, like the mother in Quincy v. Daniels, or visiting, as in the Williams v. Nagel case. These differences are important.

Still, wondering what the difference between squatting and trespassing is? Squatting can be defined as “one who finds the empty or vacant or abandoned property and who moves in and resides upon it, for either a short or long term.” The difference in the law is that trespass is usually considered a criminal matter while squatting and landlord-tenant matters are usually civil in nature. In general, if the landlord discovers an uninvited occupant, they should first try calling the police and having them removed as trespassers. If the police refuse, to claim the squatter’s rights, then the landlord must go through the lengthy civil eviction process. Keep in mind that such a civil action requires court appearances and the personal (in-hand) service of all relevant papers. If the squatters challenge your eviction motion, it may be time to talk to an attorney, as some “professional tenants” can be extremely adept at prolonging the eviction process almost indefinitely.

Felons & Fair Housing – How Discrimination Can Include the “Disparate Impact” Rule

What if you live in the property, you have a family member come visit for a few nights, they begin to make your life miserable and then they refuse to leave? Can they claim squatter’s rights? Or can you have them removed for trespassing? Where are the law governing this.

They are a tennant and require a correct 30-day eviction notice, unless they have been there for less then 3 werks, in which case you can call police for them to leave at any time… police are usually flexible and prefer to arrange something like “leave in the morning”, if they have slept over for a couple nights and are clearly visitng rather then just comkig over. But if they are less then 3 weeks then they are not a tennant. If you are not in Cook County, the length of time required to become a tennant is longer. The legal term for this is “they have residency”, and people who have residency are considered legally to be a “30-day month-to-month tennant”. Your mother can be given a 30-day eviction notice, and if she has not moved out by the date specificed on the notice (a minimum of 30 days), you can then hire a Sheriff to serve her a court summons. This is the requirement for someone who has residency, which is based on how long they have stayed at your house.

There may or may not be a requirement that they also do not have residency elsewhere. You can look into this – each human has residency at one address at a time, but i am not sure about it. However, even if this is true, police might not know about it, in which case you would have to go to court a different way. If the only reason she does nit have residency is because she does have residency somewhere else, and if the polive also do not want to take her out because they are not sure about that law. Then you can go to the Sherrif’s office or Sheriff’s windownin the courthouse to ask that question as what can be filed in that case other then a regular eviction.

The son of my landlords POA has been creating nuisance problems in the buidling for 2yrs. now, and his mother is in fear of him and has’nt taken any action to resolve this ongoing issue. Ques: Is he squatting or trespassing. nuisanse : 1) loud music in wee hours of the morning. 2) locking of back gate with chain and lock. 3) blocking back gate with dump truck 4) blocking back gate with mountian of gravel restricting entering and exiting rear of property. 5) all types of drunks around and thru the my landlords property.
Whos responsible for his behavior of no regard?