What Are Squatter’s Rights? 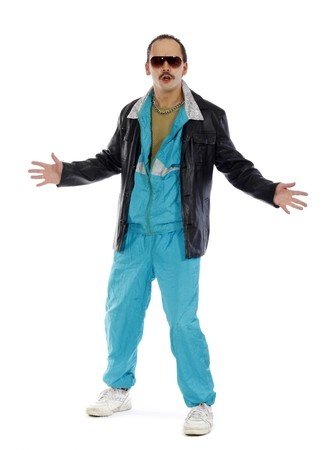 As a landlord, you never want to hear the words “squatter” or “squatter’s rights”.  They tend to coincide with other words, like long and messy.  And frustrating.  And terribly expensive.

If that sounds like a reward for doing more of something illegal, well, we live in a strange nation.

Squatters have legal rights, which range from eviction requirements to adverse possession (they could eventually have the right to take legal title of the property).

Why do these laws even exist?  In part, they are a way to deal with abandoned properties.  If someone is willing to live there long enough to claim ownership, they can legally have it.  The laws around squatter’s rights vary from one state to the other.  Certain municipalities also have specific bylaws in regards to squatters and property ownership.

Another reason for squatting laws is to protect those who have had access to a specific property for many years.  Take, for example, a homeowner who thought his land extended all the way to the existing back fence.  Over the years, he took care of that land as his own.  He built a large garage there.  Then a garden.  Several decades later, a new back neighbor moves in.  He approaches our homeowner, telling him the fence has been in the wrong place all along – it should be moved in by about two feet.

The new fence location would go right through our homeowner’s garage and garden.  Will he be forced to destroy his garage?  In many cases, the answer would be no.  Our homeowner could claim squatter’s rights to the land, as he’s occupied it for many years.  Since land boundaries weren’t always clearly defined in the past, he would likely win his case and retain legal ownership of the small strip of land.

Squatter’s rights used to protect long-standing buildings and land-use is one thing, but it’s another story when they are used to protect a trespasser who moves into a residential property illegally.

A landlord can face a variety of situations which can involve a squatter.  Perhaps squatters decide to move right into a vacant property between tenancies, and put their feet up and watch reality shows on TV.  Maybe the lease agreement has ended and the landlord is ready to move back into their home, but the renter refuses to leave.  Or guests staying in a vacation home can refuse to leave after their stay, claiming to still be legally occupying the premises.

Squatting tends to be a problem in abandoned homes.  The housing market crash, for example, led to entire neighborhoods being deserted as homeowners walked away from their underwater mortgages.  Squatters are also a problem in cities that undergo a huge economic crisis, like the recent situation in Detroit.

Squatting isn’t unique to the United States.  In England, this story describes one London landlord’s plight with the legal system and a squatter settlement.  In Canada, one handyman was squatting in the home he was renovating, causing the homeowner all kinds of legal headaches.

What should landlords do if they discover someone unlawfully occupying their rental unit?  If there’s any case to be made that the intruders are trespassers rather than squatters, call the police and report them as trespassers.  Perhaps local law enforcement will remove the intruders from your property with little difficulty.

If the person has been living in the property for any length of time, or had any kind of lease agreement – even an oral one that has since expired – the situation grows more complicated.  The landlord may need to go through a formal eviction process, complete with eviction notices, waiting periods, court filing, hearings, and a scheduled ejectment.  Serve the eviction notice immediately, to start the process (it can take a long time).

If you have an unwelcome guest on your property, and any confusion over exactly what should be done, contact a landlord-tenant attorney.  They can provide guidance and help you find a legal solution to your problem.

Landlords, have you had to deal with a situation involving squatter’s rights?  How did the situation resolve itself?

How to Be an Effective Absentee Landlord

What Rights Do Tenants Have with Legalized Marijuana?