The Life Cycle of a Boomtown: From Jobs Boom to Vices to Housing Spikes to Normalcy 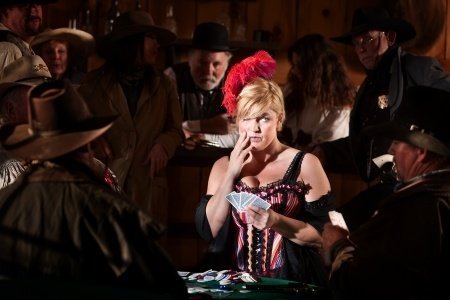 Finding deposits of a valuable mineral resource often triggers a boomtown.  North America has a long history of boomtowns, from gold rush towns to oil discoveries to natural gas deposits, all following the same patterns.  Fortunately, it is not just oil companies or gold prospectors who become rich nearly overnight, but also savvy real estate investors and developers who can spot the birth of a boomtown.

The Start of a Boomtown

Often called Fort Mac by locals, this community got its start as a trading-post for explorers and trappers in the fur trade.  For much of the 20th century, its economy revolved around lumber, fishing and salt mines.  The region’s aboriginals always knew about the presence of oil-like matter in the soil, as they used it to waterproof their canoes, but energy companies were not able to extract it in large volumes until the late 1960s.

Fort McMurray saw its first explosion of jobs in the 1970s.   As the Great Canadian Oil Sands company (now Suncor) built oil plants, more skilled workers were needed.  The work was tough, dirty and dangerous.  Oil companies were ready to shell out big salaries to attract qualified workers.  Fort Mac became a great example of “if you built it, they will come.”

Most of the jobs in the oil sands are extremely grueling.  They are also located in an isolated part of the country, so companies have to offer huge paychecks to incentivize workers to move to Fort Mac, leaving everything else behind.  This lifestyle tends to attract young, unattached men in their twenties and thirties.

…Then an Influx of Bars, Prostitutes & Other Vice

When money starts flowing, so do vices.  In early boomtowns, we see an influx of wine, women and song.  At first, the population is largely transient and male dominated.  Most men are there to make big money for a year or two, and then leave.  Lonely with lots of money, many choose to party it up.  Spending money at the local bar, on gambling, on drugs or on pleasurable company is status quo in early boomtowns.

The boom in Fort McMurray wasn’t without a hitch.  The collapse of the world’s oil prices in the 1980s brought the community’s economy to a grinding halt.  Oil extraction from the Sands is expensive, so a fall in oil prices meant local companies fell on hard times.  Population stagnated, and then dropped, taking housing prices and rents with it.

Of course, energy costs go in cycles.  Oil prices started going up significantly in 2003.  Fort McMurray has seen a second, even more significant boom in the last decade.  The population doubled, as people from all over Canada flocked to the Oil Sands for high paying jobs.

Working in the oil industry means big salaries and big spending.  With many players in the energy sector like Suncor, Shell and Esso nearby, the growing need for skilled workers drives up wages.  Many employees regularly travel to and from Fort Mac for work, some flying in from other provinces on a weekly or monthly basis.

Today, a typical, single-family home can easily cost upwards of $700,000, or a condo close to $400,000.  With so many transient workers, rental properties are in high demand.  The average rental rate for a two bedroom apartment is over $2,000 per month.

Because boomtowns tend to be based on some limited natural resource, which often fluctuates dramatically in price, housing will shoot up quickly, but then often collapse within a decade.

Today, Fort McMurray is starting to settle into its new normal.  Population numbers are still growing, but it’s no longer a Wild West town of gritty oil workers, barkeeps and ladies of the night.  More families are settling down in Fort Mac, which is creating a more diverse economy.  Schools, retail and more diverse services such as accounting and legal firms are popping up on a regular basis.  Entertainment is no longer limited to bars.  Parks and nature trails are becoming popular for hiking, biking and skiing.  Attractions are thriving, and the arts community is starting to blossom with festivals and live music.

Another Crash on the Horizon?

In late 2014, oil prices were, once again, sent crashing downwards.  In Fort McMurray, job cuts started in January 2015, and expansion plans were placed on hold.  New home construction halted.  Locals fear a housing crash if oil prices don’t recover quickly.  As an oil town, Fort Mac will always be at the mercy of the boom-and-bust of the energy sector.

The Future of Boomtowns?

The first North American boomtowns revolved around gold, modern day ones around energy resources like oil and natural gas.  What will create the boomtowns of the future?  Whatever the cause, they will likely progress like all seem to: from jobs boom, to vices, to housing spikes, to normalcy.

There is a phenomenal amount of money to be made in boomtown real estate… for those who get in early, and sell within the first few years of the spike.  It is a niche, which requires an intimate understanding of commodities cycles and the specific industry in question, real estate development and subdivision, and the rhythm of boomtowns.  But precisely because so few people understand all of these industries, those who do are able to time their investments well and make colossal amounts of money in under five years. 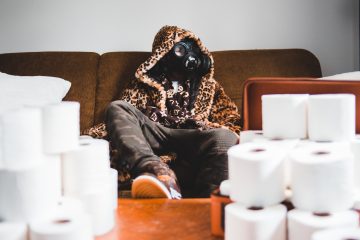