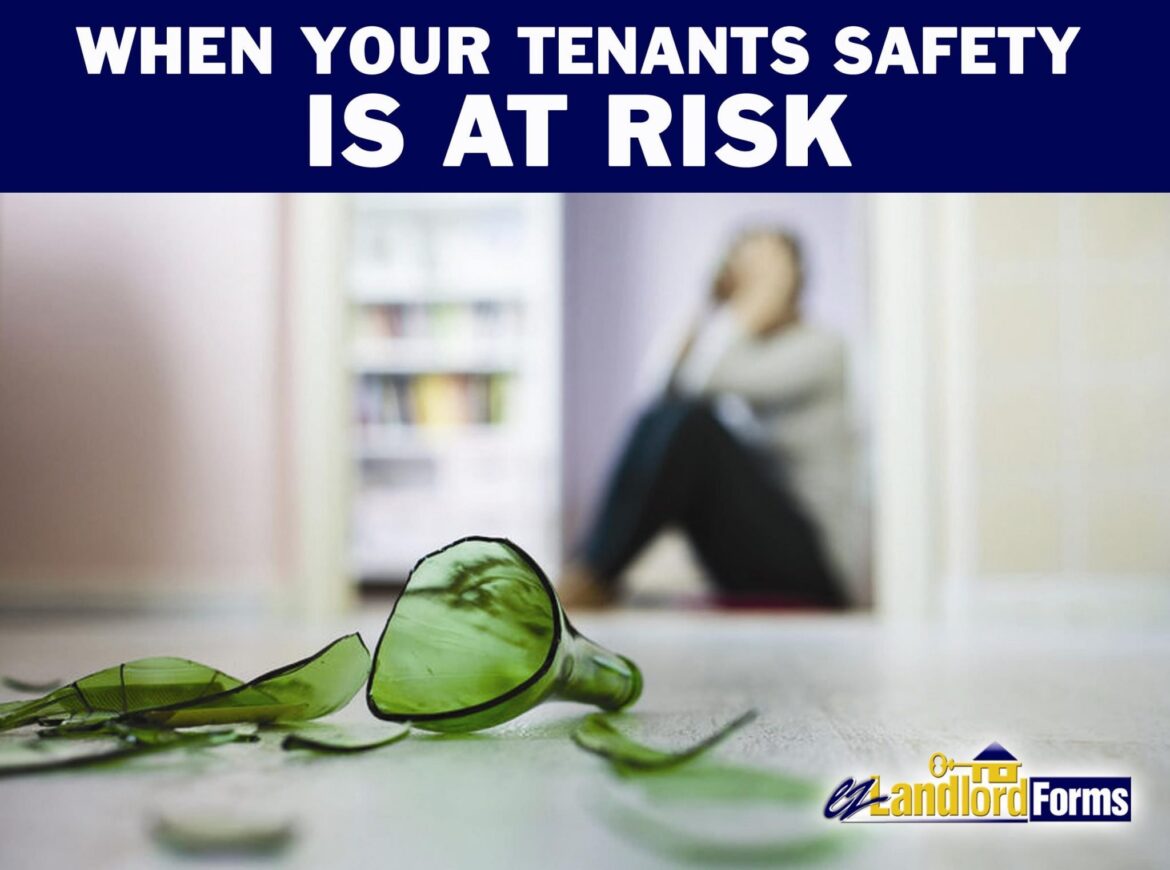 If your tenant is breaking a lease due to safety concerns including stalking, this post is what you need. Let’s understand with the help of an example.

Your tenant signed a year lease for your rental two months ago, and now she says she is moving out. She explains that she will pay you a prorated sum for the next two weeks while she remains in the unit. Then, she’s leaving. And here’s the reason she gives: Someone has been stalking her and she now fears for her safety.

Frustrating though the situation may be – lost rental income, short notice to find a new tenant – you may be legally required to agree to the move. And you may have to go along with the short notice as well as the abbreviated rental payments.

The number of states with specific laws addressing the rights of tenants who are victims of domestic violence, sexual assault and stalking is growing. Some states, including California, have recently beefed up those laws with very strict guidelines on what a landlord must do when a tenant is being victimized. Among the guidelines, the landlord must allow the tenant to break the lease with very short notice, and must withhold early lease termination penalties.

Other states, such as Maine, and Canadian cities and provinces, including Toronto in Ontario, have just added new laws that define victims’ rights to break rental agreements. Elsewhere, state legislatures are debating proposals. The bottom line is, landlords who confront this situation should determine whether their tenants have similar rights before automatically rejecting early termination requests.

Conflicting government rules can put landlords in the middle.

It can get confusing for a landlord to suss out which set of rules pertains when a tenant becomes a victim of stalking, sexual assault or domestic abuse. That’s because some states have laws that seem to contradict rules set by cities within those states.

For instance, some cities have passed ordinances that require landlords to evict tenants whose units are the source of frequent police calls – even if the calls don’t result in criminal charges. Tenants who live in those cities, and are victims of domestic violence, may refrain from calling police when they’re in danger because they fear the call could lead to eviction.

New state laws aim to remove that threat of eviction, overriding local laws. These laws also seek to relieve victims of potential financial burdens if they move out before their lease expires. Namely, they specify that victims are off the hook for remaining rental payments, are eligible to have security deposits returned to them, and don’t have to confront a court judgment against them for violating terms of a lease agreement by leaving early.

When there is a conflict, keep in mind that state laws supersede local municipal laws. Landlords in the U.S. who are unsure can check with their state’s attorney general’s office or consumer affairs office. Canadian landlords can refer to the residential tenancy or housing corporation office in their province.

Can any tenant break a lease just by claiming to be a victim?

The movement toward new rights for tenants who are crime victims doesn’t mean that landlords must permit any tenant who claims to be a victim to break a lease agreement without a penalty.

Standards differ from state to state but most laws stipulate that a tenant who is a victim must show proof to qualify for an early termination. The bill under review by the Kentucky Senate, for instance, would require a tenant to demonstrate a safety concern to the landlord in order to terminate a lease. If that condition was met, a tenant could move after giving the landlord 30 days written notice.

Most states with these laws have specified that tenants must produce a restraining order or other official proof that they are seeking protection for their safety. California requires a victim to show a copy of a restraining order, police report, or signed form from certain professionals who can verify the tenant’s status as a victim. This proof must be no more than 180 days old. The tenant must give at least 14 days notice; the tenant can move before the 14 days end but must pay that two weeks rent.

What about the landlord’s rights?

Predictably, landlord and real estate property management firms in communities that have enacted these laws have expressed concerns, saying that laws are a free pass for any tenant who wants to break a lease. However, victims’ rights advocates say the laws are a long-overlooked civil right and that landlords can insist on proof that tenants are in fear for their safety before agreeing to an early lease termination.

Kentucky lawmakers amended the bill under review after hearing from landlords. Now, the proposal would prevent those who commit the domestic abuse, sexual assault or stalking from being able to break leases without penalties. Also added was a clause stating that victims who had a protective order already in place when they signed a lease would not be able to break the lease unless they could show proof of a new safety risk, such as the culprit being released from prison.

Landlords who find themselves faced with a tenant who has the legal right to break a lease because of being in danger should make sure to record the termination with the proper form. Remove mention of any penalties that may have been outlined in the original rental agreement and make sure that the departing tenant signs the form.

Returning the security deposit should be done in the usual manner, itemizing damages and accounting for any deductions. If the rental unit is in a state that requires the deposit be placed in an interest-bearing account, be sure to add accumulated interest.

No landlord wants to deal with a vacant unit months before a lease expires, but an early termination is surely a better outcome than having a tenant attacked, or worse. And there’s something to be said for crime victims who are trying to get themselves to a safer setting. Landlords who accommodate such tenants quickly and professionally undoubtedly earn a little karmic credit toward the next rental tenant.

Why Your Vacation Rental Needs a Lease & Reservation Policy

Whose Job Is It? Your Lease Must Make It Clear