Does Selling Your House FSBO Really Save Money? 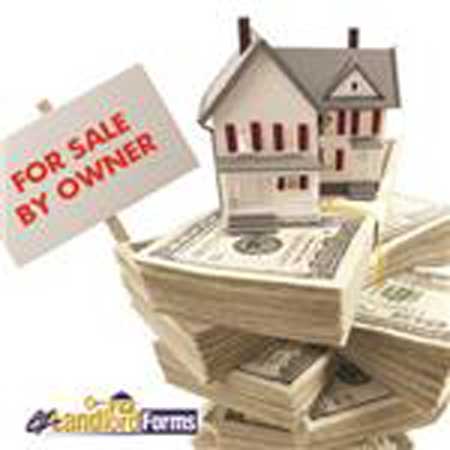 The thing that I learned from these two FSBO experiences is that selling FSBO does not guarantee more profit in your pocket just because you are saving on realtor costs. Furthermore, while some FSBO do work out well, they are not all equal, as they depend on the house and the market.

Are you appealing to an investor audience or open market?

The first FSBO was an old house that needed significant work. The target buyer was going to be a cash buyer, as there as a high chance it would fail appraisal inspection. While a renovation loan might have worked, it was not likely, it seemed impractical, and it was not conducive to the quick sale the family desired.

Due to the amount of cash that was needed to buy the home, it was quickly apparent that the typical MLS market was not needed as cash buyers were used to off-market methods. FSBO worked perfectly: by listing on craigslist, Postlets and holding an open house, the desired audience was reached and responded to the marketing.

On the other hand, we lost $15k on a house in a cookie cutter neighborhood that appealed to the first-time homebuyer market. This meant that by not using a realtor, we lost appeal to people who would not be comfortable in FSBO or would not be looking outside of the MLS.

Do you have an accurate value of the house?

The house we lost money on ended up being priced too low with too many concessions given away (primarily closing costs). We know this from selling an almost identical house just down the street a few weeks later. A realtor could have prevented these miscalculations.

Are you giving in to concessions?

Since the house that was aimed at investors was given a cash price, and this market was accustomed to working without realtors or closing costs, we went in without planning to give any concessions. We were able to close the deal this way.

With the regular sale, we sold the house to existing rental tenants. Although this eliminated some issues, we had no third party to help negotiations. We felt pressure for closing costs, repair requests, and other contingent items because of the existing landlord/tenant relationship. Our negotiations suffered from the lack of professional expertise and bargaining experience.

Do you want to put the work into the sale?

Doing an FSBO is a lot more work than just listing with a realtor. Once I had all my advertising up via several online sites, I created a Google Voice account to collect all of the inquiries and questions. I also did a two-day open house with flyers. I probably spent over 50 hours working on advertising and another 50 hours dealing with all the complications through the sale.

Some advertising work can be discarded if you sell to an existing rental tenant without putting the house on the open market, but there may be other issues that you must anticipate due to the existing relationship.

Even my FSBO to my tenant took hours, between the paperwork securing the title company, making sure everything was going well with the sale, and finally dealing with all the random issues that came up. Of course, as there was an unexpected delay, this meant I was doing most of the heaviest lifting during an Alaskan cruise!

What is the final verdict?

After selling both ways, I can truly say I prefer a realtor for anything other than a home appealing to cash buyers. Cash buyers have a bottom line, so involving third parties may not add enough value to make it worthwhile. The reality is that open markets can do unpredictable things when multiple people have the opportunity to see your offering. The MLS and realtors help you to make your property visible to the majority of buyers. Having an expert who watches the market at all helps you catch subtle shifts or major jumps in the market, which can make a difference.

While I am sure I will do another FSBO at some point, these two FSBO experiences certainly made me a believer in the value of hiring a realtor!

Is it worth turning your house into a Furnished Rental?

Thanks EzLandlordForms for informative share! Many people still think that selling a house FSBO will save money. However, in my point of view, the process may cost more, and take risks. It’s better for home sellers to hire good real estate agents for support. They may pay some extra free. However, after all, home sellers usually sell the house with better price.