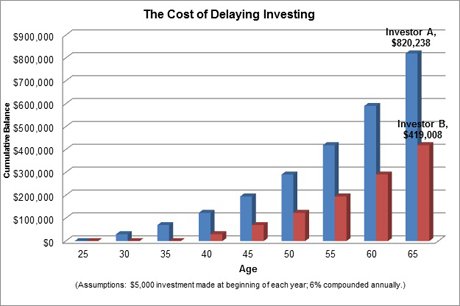 While most of us will never join the elusive “1%” (minimum net worth: $8.4 million), gaining entry into the top 20% (top quintile) of Americans is attainable by just about anyone with the discipline to save and invest a large chunk of their paycheck.

When pundits talk about the economic recovery over the last five years helping the wealthy and not the middle class, they are largely referencing the explosion in the stock market.  The top quintile own 91.4% of the nation’s stocks, and U.S. stocks' value has nearly tripled since 2009.

Nor do the differences between the rich and poorer classes stop at stock-filled 401(k) accounts.

Among the top quintile, 84.5% own their own home, compared to only 43.1% of the lowest quintile.  The numbers grow starker when looking at real estate investments rather than owner-occupied homes: the top 10% of Americans own nearly 4/5 of the non-home real estate in America (79.1%).

While the top 20% of Americans are maxing out their retirement accounts and investing in real estate, most Americans use their money to buy the fanciest possible cars, 80-inch LED TVs and couches with Italian silk upholstery.  The sad fact is most Americans don’t bother saving at all – the average U.S. household’s savings rate is only 4.9%, and you can be sure that average is heavily skewed and lifted by the top quintile.

So why are retirement accounts and rental properties the ladder to the top 20%?

Is it possible to consistently win a game without understanding its rules?  Of course not.  Becoming wealthy is no different; when you earn $75,000 in W-2 income, your federal income tax rate is 25%, plus 7.65% in FICA taxes, plus state and local taxes (for example in Baltimore where this writer lives, that means 5% state and 3% local income taxes).  For the non-math-nerds out there, that’s 40.65% of your income ($30,488) gone before you touch a cent, leaving you with only $44,512.  Not pretty.

If you max out your 401(k) and IRA to build wealth in the stock market tax-free, next consider rental investments.  Nearly every conceivable rental expense (and some paper expenses that you don’t actually have to pay) are tax-deductible.  If you spend $10,000 on a rental property’s repairs, mortgage interest, taxes, insurance, etc, you save $4,065 on taxes you no longer have to pay, which means that you got $10,000 worth of services for only $5,935.  Paper depreciation is extra money you can deduct, to offset taxes on your profits from rents.  All the while, your real estate earns you a return as it appreciates, building your net worth.

Stocks, bonds and real estate have historically earned a far higher return than any other investment vehicles.  From 1928 through 2013, the S&P 500 had an average return of 11.5%, not accounting for inflation.  If you go back even further and examine the Dow Jones Industrial Average and real estate appreciation from 1900 through 2012, the Dow had a return of 9.2%, while U.S. real estate appreciated at an average pace of 7.2%.  If that 7.2% annual growth rate seems unimpressive, remember that doesn't count income from rents.

Meanwhile, your Italian silk-upholstered couch is worth only a small fraction of what you paid for it.  Sure, stocks and real estate can go down in value in a given year, but on average they rise, while personal possessions inevitably lose most of their value in the first year you own them, and soon you get bored of them and buy new things (which you also pay sales tax on, to make matters worse).

As Robert Kiyosaki is fond of saying, the rich don’t work for their money, their money works for them.  While you’re slaving away in your cubicle, that one-percenter who’s out on the golf course is still making more money than you are this hour.  Their securities portfolio and investment properties are bringing in money every hour of every day, without them having to type out TPS reports or wait tables.

Passive income is what paves the way for retirement, financial security in the face of disaster, a better lifestyle.  Most of all, passive income means more money to invest, which in turn creates more passive income: a virtuous cycle.

The power of compounding means that over time, your income increases exponentially as you keep re-investing your returns.

A simple illustration: this year you invest some money and buy a rental property that gives you $500/month cash flow ($6,000/year extra income).  Next year, you save some more money plus you use that extra $6,000 towards another rental property, for another $500/month.  The following year you have an extra $12,000 plus your cash from employment, so you can buy two rental properties, which puts you at an extra $24,000/year to invest.  Ad infinitum.

The same logic applies to stocks: a $100,000 investment that pays 5% in dividends becomes $105,000, before you even bother to include the capital gains.

Last year, only 47% of Americans owned any stock at all – a significant drop since 2007, when 65% of Americans owned stocks.  But the middle class was spooked by the 2008 crash, and pulled their money out, leaving their richer and more financially-savvy counterparts to reap the rewards of the five year bull market that more than doubled.

If you want to join the ranks of the top 20%, you need to learn the rules of the game and fast, because you better believe that the top quintile knows them.  Every penny that can be saved should be, and put in an investment that has both strong tax advantages and high returns.  You can splurge on that fancy car once your bank account becomes equally fancy, but for now save, invest and learn how to shift money away from tax bills and toward wealth creation.

Who Is “Wealthy”? The 5-Step Ladder Between Middle Class and Wealthy 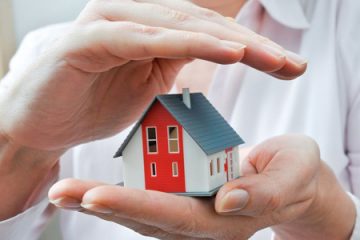 Every serious real estate investor reaches a point where they start to worry about being sued and having all of their hard-earned investments taken away by an ambulance chasing attorney and scheming tenant.

The first step many take is creating a limited liability company (LLC), which are easy and cheap to create, and which once upon a time may have actually, you know, limited someone’s liability in a lawsuit. The theory went that you created an LLC, and owned a rental property or two under its name, so that if the worst happened and you were sued, only the LLC’s assets could be taken. So, your other LLCs’ assets were safe from the lawsuit, as were your personal assets (your house, your car, your engagement ring, etc). If you owned five rental properties, and each rental property was owned by a different LLC, then you had supposedly isolated each property’s liability so that the most a plaintiff could take was that rental property, not your other investments and certainly not your personal assets.

One of the most touted benefits of owning rental property is a reduced income tax bill. But how exactly does that work? One great way to pay less in taxes is to depreciate your rental property.

Properties, without any repairs, have a limited lifespan. As they deteriorate under wear and tear, the theoretical value of the building and its components gradually decreases. To offset this (again, theoretical) decrease in value and the initial purchase price of your rental property, the IRS allows you to claim depreciation. In the real world, of course, property owners make regular repairs and updates (the costs of which are also tax-deductible), but landlords can still claim depreciation on their tax returns – what’s known as a “paper expense” rather than a “real expense”.

Here are the basics in order to improve your understanding of rental property depreciation before you invest.

Is My Property Eligible?

In order to depreciate a property, it must meet specific eligibility requirements. They include: 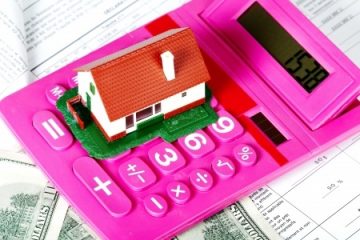 If your latest property tax bill has left you reeling – or at least scratching your head – consider that the asking price, to be negotiated downward.

Swings in the real estate market may mean that the current taxable value on your property is inaccurate. In fact, according to the National Tax Payers Union, up to 60 percent of homes are overvalued. The more startling statistic? Fewer than 5 percent of taxpayers appeal.

While there’s nothing you can do about the tax rate – which is set by local governments – you can appeal the taxable assessment of your property. If you think that the taxes you’re currently paying on your property are no longer in line with how much the property is worth, there are a few steps you can take.

The first step is to review your tax bill for errors. The worksheet for the property, also known as the property record card or working papers, contains specific information about your home, such as square footage, number of bedrooms, etc. Verify that all of the information on the sheet is correct.