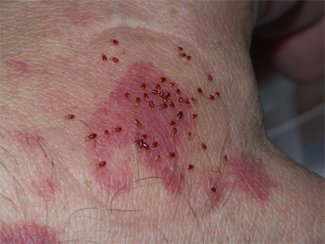 By Cassandre Juste
Bedbugs have been a growing concern in recent years for property managers, landlords and tenants alike.  These pesky little creatures have an affinity for shacking up in warm homes, specifically inside mattresses and bedding or other sleep areas.  Bedbugs are mainly active at night and removing an infestation is no easy feat.  After almost two years, a Maryland landlord-tenant suit over bedbugs has finally ended with the tenant emerging $800,000 richer.

Sixty-nine year old Faika Shaaban rented an Annapolis apartment in the fall of 2011 and at the time there was an open violation for a bedbug infestation, which the landlord did not disclose to her.  When the tenant moved into the apartment a month later she developed a rash that was later diagnosed as bedbugs.  A neighbor reported the infestation to the landlord, Cornelius Barrett, who did not act and when the city found the landlord in violation and ordered him to hire a licensed, pest-control contractor to rid the infestation Barrett failed to comply with this as well.  In June of 2012, Shaaban was evicted from her apartment and her bedbug-infested belongings were put outside on the street.

A jury in Anne Arundel County deliberated for a mere 45 minutes before ruling in favor of the tenant and awarding her with $800,000, which is twice what she originally sought.
The message is simple: any type of infestation issue reported by tenants should be taken seriously and addressed immediately, even if the response is simply to refer the tenant to the section in their lease requiring tenant responsibility for pest control.  Landlords may not be able to entirely eliminate liability through such a lease clause, but it can certainly help establish in writing the tenant’s responsibility.  Still, no landlord can avoid liability when the property is infested before the tenant even moves in, and code violations must be addressed immediately, as the landlord is ultimately more easily collected from than the tenant.

In this case, it seems the jury succeeded in sending a strong – and expensive – message to landlords nationwide, to the tune of $800,000.