Will the Trend With Short-Term Leases Last?

Short-term rentals are eliciting a strong backlash in communities across the nation. Officials from Los Angeles to Capitol Hill are fielding complaints and mulling new regulations as the trend in short-stay leases grows. Airbnb alone has 3 million properties listed for rent worldwide, up from 550,000 in December, 2013.

For residential owners, the chance to host strangers who want to live like locals during brief visits to unfamiliar cities is an opportunity to get ahead on their mortgage or save for retirement. To the visitors themselves, short leases can offer the most affordable vacation opportunity.

Short-term leases are used in business, too. On the West Coast, especially, tech startups and other new companies must be able to limit office and commercial lease terms so they can move quickly as business grows.

But the cost to the landlords who rent out these properties, and to the cities that host them, aren't always easily managed. Turnover is expensive and interim residents may not be invested in their temporary host town. City leaders grapple with competing interests and an overwhelmed community infrastructure.

When did the movement start?

Rooming and boarding houses were common in the 1800s and offered both workers and visitors an affordable lodging option. Amenities were few and lodgers who caused trouble for their hosts were unceremoniously evicted. The popularity of rooming houses declined as salaries rose and people came to expect more spacious living and increased privacy.

Although a number of cities still license rooming houses, and guest rooms are still rented at the YMCA in many towns, unregulated houses operate today in the shadows of authorized apartment and home rentals. Except in cities that lack affordable housing, a rooming house is seen as a last resort in housing options for all but the poorest laborers, students, and undocumented workers.

Then came Airbnb, in 2008, along with other online, short-term, lodging services that connect homeowners to would-be tenants. Like most disruptive technology, Airbnb and online companies that replaced the traditional rental lodging process have forced communities to rework laws.

What's all the fuss?

Angry residents in Wilmington, N.C., crowded an elementary school recently for a special meeting on short-term lodging. Some supported the growing use of downtown homes as Airbnb sites; others were furious that neighbors turned their homes into temporary hotels for partying strangers.

A Los Angeles TV news team investigated homes listed on Airbnb and found a homeowner who didn't know her tenant was essentially an Airbnb host who appeared to be subletting the house for weeklong parties.

Attorneys with California-based Best, Best and Krieger summarize the dilemma this way: “The rise of short-term vacation rentals has eroded the affordable housing stock in many cities. Realizing there is more money to be made in short-term renting instead of long-term leasing, investors are now purchasing residential properties and repurposing them as short-term rentals.”

“In some instances, investors have purchased entire apartment buildings to create Airbnb-style complexes. The increase in short-term rentals and corresponding decrease in housing stock has created a housing scarcity, driving up rent in some cities where short-term rentals are prevalent,”  they said

Some cities, including Del Mar, in California, have simply outlawed short-term vacation rentals. Others have enacted new laws or amended existing rules.

Experts advise property owners who consider short-term leasing to check local laws before signing on with Airbnb, VRBO or other services.

For instance, high tenant/guest turnover means greater wear and tear. Amenities that are sufficient for long-term rentals fall short in vacation properties; so, pots and pans, linens and towels, chairs and umbrellas, dishes and décor, and other items that vacationers expect will add cost for the owner. Time spent vetting tenants, creating leases and managing the property also increases.

The cost/profit equation for owning vacation rentals also must include vacancies, according to
BiggerPockets' Trey Duling.

“Before you ever purchase a vacation home, you should look at all the monthly bills associated with the property and be comfortable enough with the total amount that you could pay on these bills even if the vacation home did not bring in any money,” Duling says.

“The National Realtors Association estimates that you should budget for 1.5% of the cost of your home to be spent on repairs and general upkeep every year. So if you purchase a $200,000 vacation home, you should budget to put $3,000 back into the property every year,” he says. “Now, if you are renting your vacation home out to short-term renters, you might need to budget a little more. Guests may not treat a vacation home as nicely as they would their own house.”

Add in new rules aimed at reducing short-term rental problems – such as new licensing and inspection regulations and potential fees – and the cost/profit equation for short-term vacation rentals could require reworking.

For commercial property owners, the ability to be flexible on lease length can be a plus, especially in a market with rental space shortages. Owners can boost the monthly rent for startup tenants who want short leases – less than the usual several years or more – because expected growth will prompt tenants to leave for larger quarters in a year or even months.

Problems with neighbors complaining about parties aren't a worry for owners of office and commercial space who offer short leases, but funding can be. It's difficult to meet costs with a revolving door of tenants, and lenders are still very cautious.

Banks and mortgage companies aren't keen on lending when rental income may be unstable. That's why Nate Prouty, a senior VP with Minneapolis-based commercial lender NorthMarq, advises limiting short-term commercial leases to occupants in properties with multiple units. That way, losses connected to a vacancy in one unit can be offset by income from other units.

The need for business lease flexibility is partly behind the rise in shared work spaces. Shared work space is used by small firms, freelancers and others who want to split rent, utility and wifi bills, and even support staff or, by those who simply want to work in a communal setting. Shorter leases are possible because most co-working offices operate on a sublease basis. Temporary tenants sign contracts much like lease agreements.

Shared work spaces is one area where short-term leases are likely to grow. And numerous listing services, such as PivotDesk, LiquidSpace and others, are making it easy to find a spot to lease for brief periods.

Short-term residential leases, on the other hand, are likely to face a rocky future until communities find a workable method for regulating them. A complete ban is likely to be challenged by owners who enjoy a new way to profit from their investment. Owner-occupied residents, though, are just as likely to insist on controls. 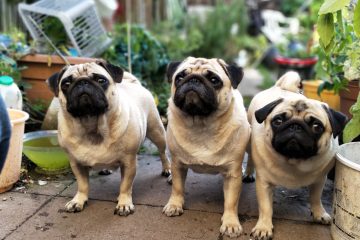