The Competitive – and Profitable – World of Self-Storage Property Investing 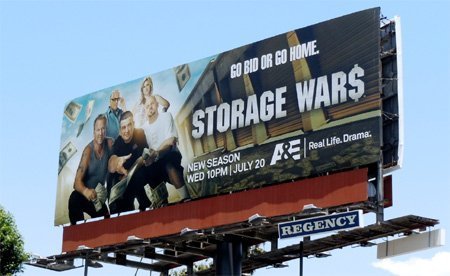 On less glamorous corners throughout most cities in the US, self-storage units are affordable and convenient, albeit dust-ridden 5×5 cells which have quietly gained popularity with more than just hoarders. At first glance, investors might be inclined to turn up their noses at these mundane spaces as having minimal profitability at best, but the numbers tell a very different story.

Currently, there are four publicly traded self-storage companies in the US that are doing quite well and have been for the past several years. They are Public Storage (Ticker: PSA), ExtraSpace Storage Inc (Ticker: EXR), CubeSmart (Ticker: CUBE), and Sovran Self Storage Inc (Ticker: SSS). All four have had five year returns in the triple digits, and the strongest (EXR) has seen a roughly 650% growth in share price over the last five years. Not only has the U.S. seen tremendous growth in this industry, but so have other countries like England where Big Yellow posts strong returns and strong retention rates with 37 percent of units being occupied for three years or more.

What’s driving the popularity and subsequent profitability? First, would have to be the crossover appeal of self-storage units. Everyone from college students to veteran business owners utilize self-storage units. The growing needs of small to medium businesses continue to demand more storage space for supplies, records and inventory. Also, short-term rental agreements, convenient hours, climate control and extra security found in many of today’s storage facilities make them especially attractive to those who need them. Lastly, factor in the numbers of families downsizing for various reasons and it’s understandable how these units maintain their appeal.

Industry professionals who have been following this investment trend say those considering entering the self-storage investment business now are coming very late and have to be prepared for possible bidding wars. They need to know that self-storage facilities don’t come cheap, either; one expert says ‘Expect to just pay more.’ While the majority of self-storage facilities are owned and operated as mom-and-pop businesses, some larger corporations have entered the arena as well. The competition has become fierce because the supply is low while demand remains high. Most of the self-storage units were built during the 1970s and ‘80s (and show every bit of their age) with surprisingly few being constructed today, perhaps because of tighter zoning restrictions. Even some of the large corporations with plenty of money to buy their way in are finding it difficult to do so because owners are hanging on to what is being referred to as “one of the best commercial investments around”.

For those investors who want a piece of the 5×5 action, there is still a chance. Self-storage REITs (Real Estate Investment Trusts) offer an alternative to investors who are either too late to become owners of actual brick and mortar self-storage facilities, or who would rather not have physical ownership of them. (Further reading: side-by-side comparison of the pros and cons of REITs versus brick and mortar real estate investments.)

Self-storage REITs provide an alternative for investors to still profit from the self-storage facilities without the hassle of day-to-day management. Jennifer Robinson of FTMDaily.com provides an in-depth investigation and chart of self-storage REITs’ performance over the past few years.

Professionals in the self-storage arena say that because competition is so stiff, owners of self-storage units will need to set themselves apart through customer service efforts, perfect climate control, better locations near retail and residential areas and more aesthetic harmony with its’ surroundings. Also, technology will soon play a large role as some facilities have already adapted high-tech cameras for security of both their customers and staff.

Tell us how you feel about investing in self-storage? Is it for you or not? Would you purchase self-storage REITs as an alternative?

Making the Transition from Investor to Developer

What is Rental Arbitrage and Is It for...