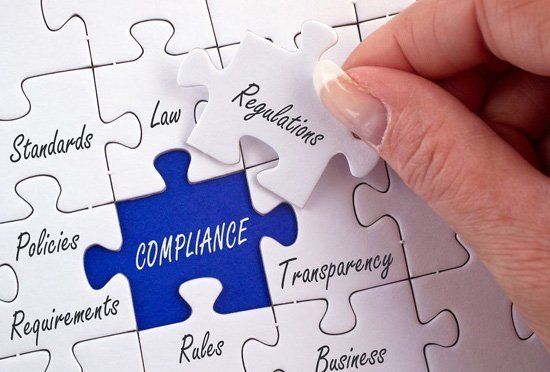 Today nearly 1 out of every 5 Americans reports some sort of disability.  By 2030, an additional projected 71.5 million baby boomers will be over 65 years old and will require age-appropriate products, services and accommodations.  Now is a good time for small business owners and commercial property owners to shore up their ADA compliance, because Department of Justice enforcement sweeps and ADA lawsuits (some legitimate and many predatory) are on the rise.

While you may or may not have given much thought to whether or not your business is compliant with the Americans with Disabilities Act (ADA), being prepared to accommodate the numbers of Americans who have some sort of disability in the future will be increasingly paramount to small businesses' survival in the future.

Perhaps there is no better place to look than California to demonstrate the impact that non-compliance can have on one’s business.  Experts report that nearly 40 percent of all ADA accessibility lawsuits are filed in California – far more than any other state.

There are thousands of small business owners with nightmare stories to tell about losing their businesses to career plaintiffs and ambulance-chasing attorneys.  Restaurant owners like Barbara Rubin of Folsom, California says that she had to close her restaurant after 30 years of doing business in the same spot.  Her tenure there was brought to a screeching halt by ‘would be’ patron Robert Kalani, who had filed at least 27 other lawsuits against fast food restaurants, pharmacies and grocery stores.  According to Kalani, he couldn’t enter Rubin’s restaurant because of violations he immediately observed.  Rubin admitted there were violations and commented to reporters that, “I could see the writing on the wall once we went into litigation.  I knew there was no way I could turn it around.  I do not have the financial ability to stay.”

In one infamous California case, plaintiff Jaref Molski, who is also an attorney, claimed to have received a total of $800,000 (his only income) from settlements he’d won against a large number of plaintiffs over a few years span.  He indicated that 95 percent of his income was derived from investigations he conducted for these cases.  Molski also admitted to having filed at least 374 additional lawsuits against various plaintiffs.  He describes himself as a civil rights activist who uses litigation to force business owners to comply with the ADA rules and regulations.

California has recently passed laws in an attempt to abate the excessive ADA claims, but some fear it still won’t prove to be enough to curb the scavenging nature of these litigations.  For more information on the revisions to California law SB1186, click here.

Small business owners throughout the U.S. should be aware of the potential consequences of non-compliance if they don't want to end up another casualty of litigation.  Business owners everywhere must be aware of what the new revisions to the laws are and be diligent about addressing them before complaints are filed.  They should also know that the Department of Justice conducts investigations across the country and often have imposed weighty fines for non-compliance.

According to one hotel expert, the D.O.J. is known for their ‘geographical sweeps’ which can be initiated by a single complaint.  Sweeps can be done on hotels, apartment complexes and any business openly serving the public.

In 2010, the D.O.J. made several adjustments to the law which regulates general practice, proper communication, and policies and procedures. Generally speaking, business owners were always required to make reasonable accommodations for persons with disabilities and that remains the same, however here are some of the additional revisions with which business owners are expected to comply:

Further reading on the revised ADA standards can be found here.

The bottom line for commercial business owners is an ounce of prevention is worth a pound of cure, as career litigators look for easy targets that have overlooked something obvious and easily demonstrated in court.

The Competitive – and Profitable – World of Self-Storage Property Investing

What is an Addendum and How Is It...

How Landlords Should Deal With Pest Control Issues

Buying a House with Tenants? Here’s What You...

How to Handle Emergency Repairs During the Holidays

How and When Can Landlords Use Surveillance Cameras

What Your Lease Package Should Include Beyond a...