Landlord Liability & Lawsuits: What Landlords Should Know About Implied Warranty of Habitability 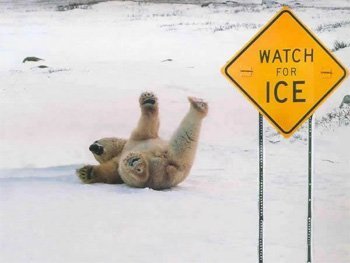 Landlord-tenant laws vary from state to state and province to province, but there is one law with some degree of uniformity – the implied warranty of habitability.  Under the implied warranty of habitability law, landlords have an obligation to make all repairs and do whatever is necessary to put and keep the premises in a fit and habitable condition, and to keep all communal areas of the premises in a clean and safe condition.

A Bergen, New Jersey landlord was held responsible for injuries to his tenant who slipped and fell on ice at the bottom of her apartment building’s front steps in March 2010.  The tenant broke her shoulder and hip, leaving one leg shorter than the other, and the landlord was sued for $1 million.

The jury recently rendered a decision to compensate the 59 year-old unidentified plaintiff for pain and suffering, loss of wages, medical expenses, and permanent injuries.

The landlord reportedly knew about the icy conditions outside of the apartment building.  The plaintiffs’ attorney, Lewis Greenberg, argued that the landlord allowed a downspout from a roof gutter to pool water from melting snow during the day that froze at night on the ground.

Greenberg, stated, “It’s a message to landlords that you really need to be careful with your tenants because they are relying on that.”  He also argued that “landlords have a duty to keep the premises safe on an ongoing basis.”

Undoubtedly, Greenberg’s argument was based on precedent cases including several in New Jersey involving ‘implied warranty of habitability’.

The concept of implied warranty of habitability was at one time slightly controversial and not accepted by every state in the US.  Over the past several decades all US states except Arkansas and Oklahoma have incorporated it into their landlord-tenant laws.

In 2009, an Oklahoma Supreme Court decision abandoned the common law practice of caveat emptor and joined the rest of the states in holding landlords liable for certain conditions of habitability.  Tenants in Arkansas retain some liability for their actions.

Prior to the implied warranty of habitability, caveat emptor was the presiding principle related to housing disputes.  More commonly referred to as “buyers beware” or, in this case, “renters beware”, meant the renter was responsible for their own safety and accidents on the property.

Presently all landlords (except those in Arkansas) are expected to meet the following conditions when renting properties:

While every state except Arkansas operates under the implied warranty of habitability rule, there is still wide variation among the states as to how tenants may remedy these situations.  In some states for instance tenants are legally allowed to terminate the lease if landlord does not meet the requirements of maintaining a habitable residence.  In other states, tenants have the right to withhold the rent (within limits).  And across the U.S. and Canada tenants can (and often do) exercise their rights to sue their landlord in civil court.  In Alabama, Arizona and Colorado, for example, tenants are allowed to terminate the lease and sue.  California is the only state which allows the tenant to choose among all three remedies.

Regardless of the degree of legal remedies available to the tenant, landlords across the U.S. and Canda need to remain vigilant about keeping their rental properties safe and habitable, or face the wrath of hostile tenants and less-than-friendly juries.

Who Is “Wealthy”? The 5-Step Ladder Between Middle Class and Wealthy

What the Growing Trend Towards Rent Control Means...

What You Need To Know About California’s New...

The History and Impact of Rent Control Legislation...

Can I Add That Clause to My lease?