Hot-Water-Only Sub-metering (pre-1989 properties only)
On October 1, 2009, NC Gen. Stat. § 62-110(g) was modified to add a new subsection, (1a). This will permit older properties (built prior to 1989) to sub-meter hot water usage only as a means of billing costs to residential tenants. Basically, landlords with properties built prior to 1989 may install water meters to measure the amount of hot water used and bill accordingly in addition to the estimated cold water usage.

Repair of "Imminently Dangerous Conditions"
On October 1, 2009, N.C. GEN. STAT. § 42-42(a) was changed to add subsection (8), which requires landlords to repair or remedy any "imminently dangerous condition" upon realization or notification via an inspection, walkthrough, a notice, or telephone call.

The term "imminently dangerous condition" includes a list of twelve items. These items should be considered as a high priority for the landlord to repair upon discovery or notification. If any of these items are found to be the tenants fault, then the tenant shall be responsible for reimbursement.

Extend Time to Account for Use of Security Deposits
The original language of NC Gen. Stat. § 42-52 required that all landlords must itemize any deductions from the security deposit and refund any remaining balance to the tenant within 30 days after the Tenant relinquishes tenancy and vacates the unit. However, in consideration of the difficulty some landlords had in determining the extent of the damages and the cost along with generating or furnishing invoices for the repairs; the landlord now has up to 60 days to provide an itemization and accounting if this cannot be determined within 30 days.

Stronger Penalties for Willful Non-Compliance with Security Deposit Laws
Effective October 1, 2009, are new penalties regarding a landlord's "willful" failure to comply with the deposit, bond, or notice requirements of the applicable security deposit laws. Upon the showing of any "willful failure" of compliance with NC security deposit laws, a landlord shall lose the right to retain any portion of the deposit. The term "willful" has been defined by the N.C. Supreme Court as "the wrongful doing of an act without justification or excuse, or the commission of an act purposely and deliberately in violation of law." A landlord cannot cite ignorance as an excuse. Know the law!

New Fees for Evictions
Effective October 1st, 2009, a landlord may now charge precise fees when evicting a tenant. VERY IMPORTANT: These fees must be specified with a NC lease! They are not automatically owed unless provisions for them are included in a lease. If not, a landlord may not charge these fees. The new charges are:

Beware! There are certain restrictions to these fees.
The Landlord may only charge ONE of these fees. For instance, if you filed a summary ejectment suit against a tenant, and charged and collected a complaint filing fee, you cannot also charge a second trial fee. It is a bit of a gamble. Again, these fees are in addition to your normal late fees. In terms of an eviction, you cannot charge any other fees besides late fees, court costs, and attorney's fees – regardless of what your lease may say. These laws only affect leases signed after October 1, 2009. Existing leases will be grandfathered until the end of the current term of the lease; do not assume that month-to-month leases are exempt; unless your tenants sign a new month-to-month lease after October 1, 2009. Any other fees in leases signed after October 1, 2009 are void and against public policy. Be careful with the "against public policy" aspect, since it can form the basis for an unfair/deceptive trade practice claim. This means that you cannot charge administrative fees for evictions on all leases signed after October 1, 2009.

Section 8 Leases: These fees are only assessed on the tenant's portion of rent, not the gross rent.

TIP: It's best NOT to list these fees as damages in your eviction case because according to the new statutes, the landlord is not eligible to claim them – until after the case is over or dismissed. It is considered premature to demand them as part of your eviction lawsuit. They are to be collected afterwards – not beforehand. 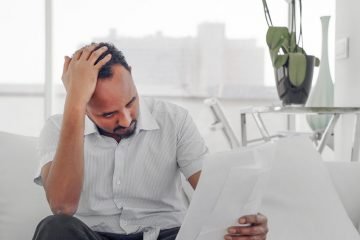 Now that the CDC’s eviction moratorium, initially ordered on September 1, 2020, has been extended until March 31, 2021, many landlords are becoming increasingly frustrated and concerned about being able to continue making all necessary Read more… 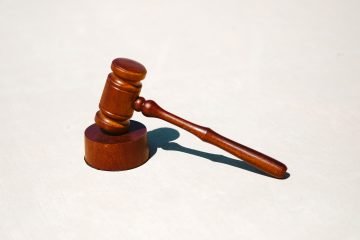 While some landlord and tenant laws are consistent from state to state, a number of states have odd laws that can make things difficult for everyone. Landlord-tenant laws are in place to give everyone fair Read more…