Supreme Court Ruling: Didn’t Intend to Discriminate? You Can Still Get Sued 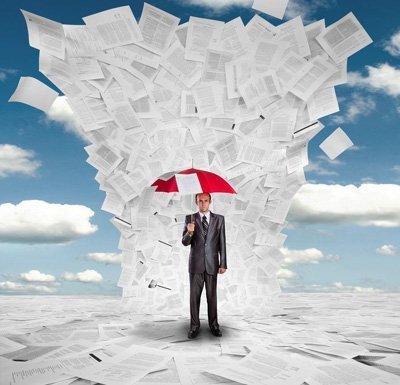 A recent Supreme Court ruling means that landlords can be sued even if they had no intention of discriminating – “I didn’t have any idea” won’t cut it when it comes to potential Fair Housing Act violations.

Although it might have gotten lost in the excitement over headline-making Supreme Court rulings on same-sex marriage and Obamacare, the Supreme Court’s decision on the Fair Housing Act has implications for anyone involved with renting, building or selling a home.

In a 5-4 decision, the Supreme Court ruled that lawsuits based on “disparate impact” are allowed under the Fair Housing Act.  This disparate-impact rule means that an action can be considered discriminatory even if the intent was not.

This decision upheld a lower court’s ruling in the case Texas Department of Housing and Community Affairs v. Inclusive Communities Project, Inc.  The Inclusive Communities Project had filed a disparate-impact claim under the Fair Housing Act that maintained that too many tax credits for low-income housing in Dallas were allocated in areas that were primarily minority, inner-city neighborhoods.

Justice Anthony Kennedy, who delivered the majority opinion, wrote that recognizing disparate-impact claims is in line with the Fair Housing Act’s primary purpose to “eradicate discriminatory practices within a sector of our Nation’s economy.”  He stressed that disparate-impact liability is necessary to combat prejudices that may not be easily identified as disparate treatment.

He added that lawsuits that target housing restrictions designed to keep minorities out of certain neighborhoods without just cause are at the “heartland of disparate-impact liability.”

The brief cited an example where a disparate-impact claim struck at some of those restrictions, including a post-Hurricane Katrina ordinance that limited the rental of housing in an area to those who were related by blood.  This particular area was 88.3 percent white and 7.6 percent black.

Disparate-impact liability can also benefit developers, according to the brief.  For example, it can prevent municipalities from enforcing “discriminatory” practices that would block the construction of certain types of housing.

The decision made note of the fact that disparate-impact liability does not take away the right of developers and housing authorities to explain the validity of business practices that may seem to cause a disparate impact.  Courts are cautioned to not to “inject racial considerations into every housing decision,” Kennedy wrote.

Of course, not everyone agrees, including the four justices who took the opposing view.  Opponents say that the decision may bring about the very problem it’s trying to prevent – racially-based decision-making.

Justice Clarence Thomas, in his dissenting opinion, wrote that disparate-impact liability can’t be justified if it’s simply used to try to correct racial imbalances that may have nothing to do with illegal actions.

A Minnesota housing case illustrates this, according to Justice Samuel Alito’s own dissenting opinion.  In this instance, landlords were required to make improvements to meet housing codes and then, when rents were increased to cover the added expense, faced a disparate-impact lawsuit because minorities, who were statistically more likely to have lower incomes, would be more greatly affected by the increase in rent.

The real impact of this case, however, lies more in what might have been if an opposite ruling had been made.  Lower courts have been allowing disparate-impact claims for years.  Had the Supreme Court decision been different, plaintiffs would have had a harder time filing anti-discrimination lawsuits.

The best bet for landlords is to become familiar with the Fair Housing Act, which prohibits discrimination on the basis of race, color, religion, sex, disability, familial status or national origin.  Landlords should also be exhaustively screening all rental applications legally: tenant credit reports and criminal background checks, rental history verifications, income and employment verification.  By collecting all of this information, not only can landlords make an informed decision about prospective renters, but they can show in court that they had valid reasons to select one tenant over another.

Because of the disparate-impact interpretation, fair housing violations can be a bit like quicksand – they seem innocent but can quickly pull a landlord into a sticky, downward spiral that’s difficult to escape.  So whether you’re advertising or showing your property, screening your tenants or setting apartment rules, make sure that you’re in compliance with the law and that any actions you take or policies you set apply to everyone, and can’t be construed as affecting some people but not others.

For example, let’s say a couple comes to view your rental property.  As you’re showing the couple around, you mention that the neighborhood is quiet as there aren’t a lot of families with children in the area.  Guess what?  That could be considered discriminatory.  Or you mention to a potential tenant in a wheelchair that you have a ground-floor apartment that would be perfect for him.  That could be discriminatory as well.

In some cities, there are even rules forbidding landlords from rejecting felon rental applicants based on their criminal records, citing the disparate impact doctrine.  The legal argument is that because a disproportionate percentage of felons are minorities, rejecting renters because they have been convicted of a felony is discriminatory based on race.

Of course, these examples only become problematic if someone decides to take you to court.  The potential fallout from not being aware of fair housing laws, though, is great enough that you should make sure you’re fully informed.  Know the law, and seek your attorney’s opinion if you have a question about whether you might be breaking it.

Are “Birth Tourist” Renters a Risk for Landlords?

Everything Landlords Need to Know about Rent Control