If you own property in San Francisco, particularly the Mission District, it’s quite possible you could be the target of a local protest group.

Recently, in a desperate move to be heard, protesters turned their frustrations and signs in the direction of individual landlords who own property in the skyrocketing Mission District of San Francisco.

Reuters reported recently that protesters staged a blockade in front of Google shuttle buses in an effort to target Google attorney, Jack Halprin.  Halprin is one of many building owners in the Mission District who have been accused by the protestors of tearing at the fabric of San Francisco’s poor community with eviction notices to long time tenants.  The protesters believe old tenants will be replaced with Google, Yahoo, and Facebook’s high tech employees and admitted to Reuters that they will continue to target individuals as part of a strategy to draw attention to the growing divide between the “haves” and “have nots” in San Francisco.  Demonstrators reportedly demanded that Google ask Halprin to rescind his decision to evict tenants in his buildings.

Halprin isn’t the first target of the protesters who have apparently been very busy since late last year blockading shuttle buses, staging marches, and storming neighborhoods of alleged offenders.  In January of this year, protesters, known as Counterforce, passed out flyers in the neighborhood of Google’s engineer Anthony Levandowski which read, “Anthony Levandowski is building an unconscionable world of surveillance, control and automation. He is also your neighbor.”  The flyer also informed neighbors that Levandowski owns the land where a mixed use housing development is planned for downtown Berkeley.

In early April protesters targeted Kevin Rose, partner at Google Ventures.  Flyers were passed out to his neighbors informing them of his address and that he was a “parasite”.  The flyer read, “As a partner venture capitalist at Google Ventures, Kevin directs the flow of capital from Google into the tech startup bubble that is destroying San Francisco.”

"When you put a face on it, it suddenly becomes more real," Erin McElroy, an organizer at Eviction-Free San Francisco, said of what she views as a technology-driven housing crunch.  But tech workers contend they are being unfairly punished and say it should be strictly the landlords who are held accountable for rising rents and evictions.  Protestors and advocates believe there is a definite link between the two.

Some say landlords are largely benefiting from the Ellis Act, a California law that enables landlords to evict tenants when the plan is to sell rental apartments as condominiums to homeowners.  San Francisco’s budget analyst report a 25 percent increase in Ellis Act evictions in the past year.

San Franciscans are keenly aware of the increased numbers and salaries of high tech sector jobs, and some lower-wage residents are griping about the influx of high-paid jobs and the booming economy.  “We’re encouraging hundreds of new people to move to San Francisco who are dripping with money and we’re also encouraging an industry where millionaires are created overnight who are already in the city,” said Sara Shortt, executive director of the Housing Rights Committee of San Francisco, a non-profit tenants’ rights organization. “With a limited housing stock and limited land to build on, that means they have to push others out in order to live here.”

Landlords are certainly easy to villify, since they are the ones charging more for rent, but is it expecting too much of the citizenry of San Francisco to look past the simplistic and understand that San Francisco has a housing supply problem, the true cause of the escalating rents?  Renters want cheap rents, but they also want to vote down taller building construction with more rental units, and they want to vote down micro-housing buildings.  They want good jobs to drive economic development and high employment, but don't want the higher cost of living that comes with a booming economy. 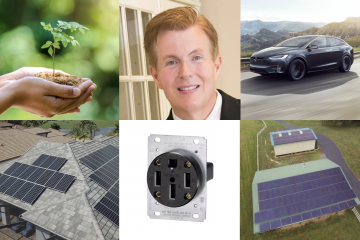 As the climate crisis becomes more acute and as protecting the environment becomes more of a central focus, I have looked for ways to lower my carbon footprint and to live for sustainability. At the Read more… 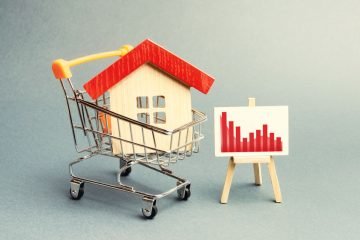 How COVID Has Affected Rental Prices

As the end of the pandemic appears to be in sight, many are wondering about the lasting impacts and how COVID has affected rental prices.  Naturally, one key area of focus is real estate markets Read more… 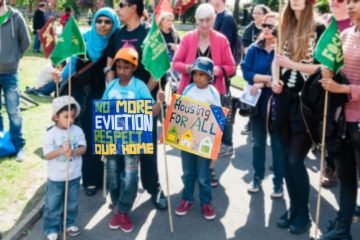 When Will the Eviction Moratorium be Lifted?

On September 1, 2020, the CDC ordered a federal eviction moratorium to stop residential evictions due to nonpayment of rent because of COVID-19. While there had been an eviction ban included in the CARES Act, Read more…