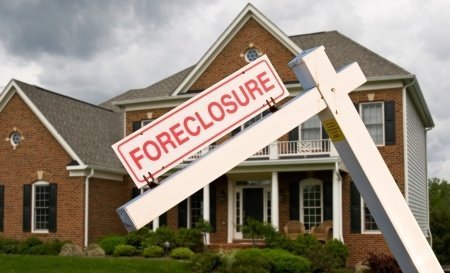 Here we go again.  Can you think of one reason why Wall Street investors would be interested in the residential rental business?  Well, if the words bundle and securities are dancing around in your head, you are certainly on the right track.

Apparently, the Wall Street big wigs did not get the memo about the last mess from bundling and selling bad mortgages several years ago sending many homeowners into a whirlwind of financial turmoil and temporary ruin.

Local landlords and property managers should brace themselves for stiff competition from well-funded private equity firms who have already begun bundling foreclosed rental investments and selling them as securities on Wall Street.

So far, real estate markets in Georgia, North Carolina, Florida and Ohio have seen publicly-traded investment funds come in and purchase millions of dollars in foreclosed and distressed homes.  The strategy is simple: convert foreclosed homes into rental properties, and collect rental income until the local homeowners’ market heats up enough to sell to homebuyers for high returns.

The three largest players in this game have billions of dollars to invest in the market, and have the potential to push "mom and pop" real estate investors out of the running for purchasing bargain investment homes in some markets.  By negotiating bundled purchases (sometimes of hundreds or even thousands) of foreclosed homes, private equity giants Colony American, Invitation Homes (a subsidiary of Blackstone – the largest landlord in the U.S.) and American Homes 4 Rent can corner the market on foreclosure bargains.  Experts say these three investment firms have spent over $12 billion on buying and renovating approximately 75,000 homes to return to the rental market.

These massive equity firms are said to be aggressively focused on foreclosures and distressed homes in areas of the U.S. which have long-term growth potential.  Cities like Las Vegas, Tampa and Atlanta are reportedly some of the prime target areas.

According to Bloomberg news, Wall Street investors purchased over 200,000 homes in the last two years and either have already, or are planning to renovate and return them to the market as quickly as possible.

As with any business plan, not everything has worked accordingly.  American Homes 4 Rent reportedly fired 15 percent of its workforce after the $811 million public offering raised less than projected.  Similarly, Colony Capital North America planned a public offering for summer 2013, but has delayed it indefinitely.

Nevertheless, domestic investors are not the only ones targeting the hot U.S. rental market.  Investors from Canada to Australia have also entered the arena.  The competition is even stiffer from these international investors who can often outspend even the large US corporate investors because of their strong currency.  Australian investors, for example, are profiting even more from the foreign exchange rate.

All of this is reminiscent of the bubble 6-9 years ago when international investors joined the bandwagon to bundle tons of U.S. mortgages and sell them for securities.  There are two things we know about this practice: (1) it was highly profitable (for a time), and (2) it left a lot of bodies in its wake.

Experts say this practice is unprecedented in the rental market and that residential home purchases are one of the hottest investments on Wall Street.

While it may prove a winning strategy for institutional investors, tenants may not be so lucky.  Former employees of some of the big three companies report having witnessed an unusually high number of complaints from tenants about poor communication from management, unanswered phone calls and ignored maintenance requests, among others.

Tenant casualties apparently are of little concern as were homeowner casualties during the first round of this bundling for securities investing.  Many believe that tenants may not be the only casualties.  There is some brewing concern over another market crash resulting from inflated home prices when these investors begin to unload in bulk in a few years from now.