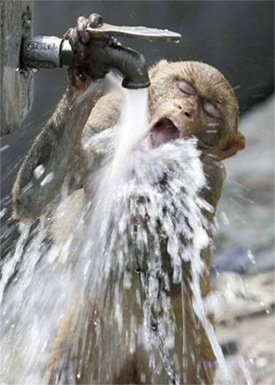 “WARNING! The drinking water in your home may contain dangerous levels of lead and may not be safe.”

This is the advisement many homeowners across the US would have received more than 20 years ago had government agencies and the local utility companies been more concerned about public protection than institutional reputation and financial gain.

The toxic heavy metal lead was quickly and forcibly banned from paint, gasoline and children’s toys decades ago (China’s efforts to slip batches of lead-painted toys by inspectors notwithstanding). Yet potentially dangerous levels of lead have existed for decades in many Americans’ daily lives, in the form of drinking water. Government agencies and utility companies chose to keep quiet about it until it became painfully obvious that too many unsuspecting people, mostly children, were being affected by the heavy metal. Some say authorities and scientists have known since the early 1970’s about the presence of high lead levels in the drinking water, but efforts to eliminate the problem have been sporadic and mostly reactive.

Experts say water that comes from a city’s treatment plant is free from lead, but travels through the main water lines underground (large pipes usually made of iron or concrete), then through smaller pipes (made of lead in some cases), and to the taps of individual homes and buildings. The lead pipes are susceptible to corroding which, in turn, contaminates the drinking water which flows through residential taps.

In an effort to resolve the issue of corroding pipes, the Environmental Protection Agency (EPA) implemented the Lead and Copper Rule (also known as LCR or 1991 Rule) which regulated the amount of copper and lead found in drinking water. The EPA rule mandated utility companies replace a percentage of all lead pipes every year until all lead piping was defunct.

In 1993, the American Water Works Association (AWWA), the member association for more than 4,000 public and private utility companies, fought back rigorously on behalf of the water utility companies, in the form of a lawsuit. The lawsuit contended the EPA had not provided enough notice to water companies before enforcing the rule. Further, the lawsuit charged the EPA with usurping their authority by mandating water companies to replace lead piping leading directly to privately owned property.

After several years of litigation that extended into appellate courts, the EPA lost the fight with the AWWA. As a result, in 2000 the EPA amended the 1991 rule to allow utility companies to replace only sections of the deteriorating pipes, leaving homeowners responsible for replacing the portion leading from their property line to the tap. That decision created even more problems as few homeowners were made aware of the new amendment to the rule; subsequently, even the homeowners who were made aware either refused or could not afford to replace the lead piping with safer alternatives. Thus, the lead-tainted water problem remained and still exists today.

A number of illnesses, disorders and conditions have been associated with high levels of lead in the drinking water. Too much lead in the blood system is said to cause damage to the nervous system, brain and blood cells. The most noted damages have been observed in children and infants. One study even connects sudden infant death syndrome (SIDS) to high levels of lead in the water used to mix with infant formula. Adults with high lead levels are often diagnosed with high blood pressure and kidney problems.

On January 4, 2014, the EPA (Environmental Protection Agency) will be implementing U.S. Senate Bill No. S. 3874 – The Reduction of Lead in Drinking Water Act. This new law will require all new plumbing and renovations to wetted surfaces of pipes, pipe fittings, plumbing fittings and fixtures to maintain a lead content of .25 percent or less (the original permitted level was up to 8 percent).

Relevance to Landlords and Property Managers

Although the new law directly affects only manufacturers and suppliers of plumbing fixtures and contractors, landlords and property managers should be aware of the new changes to (1) ensure compliance with the law in the event of renovations to existing plumbing fixtures and (2) to maintain awareness in anticipation of any future disclosure requirements.

Landlords and property managers who own property built before 1986 can also take pro-active measures to ensure lead safety in the water of their rentals by sharing EPA’s “Actions You Can Take To Reduce Lead In Drinking Water” fact sheet. Landlords should also consider a cheap solution in their rental properties: on-faucet filters, which the tenant can be made responsible for maintaining in the lease agreement, to proactively avoid future litigation.

It is probably a safe bet to assume we have not heard the last of this lead-contaminated water issue, and this may arise in the future in the form or litigation by tenants suing landlords over older lead piping.