10 Cities Where Rent Will Increase the Most in 2013 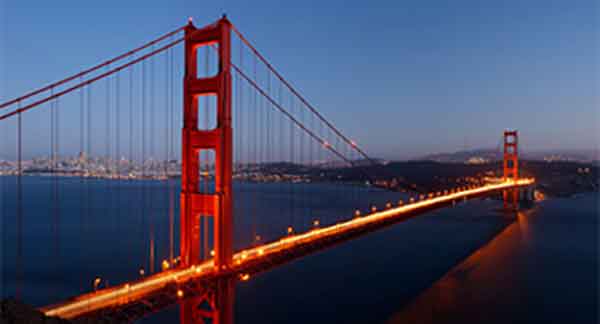 We all know that 2012 was a success for landlords. Rates for rental units have been on the rise since 2010 and according to Reis Inc. vacancy rates have plunged from a high of 8% in 2009 to 4.5% at the end of 2012. Rents are predicted to continue increasing throughout this year and some cities will be luckier than others. According to MSN.com these ten cities will see the largest rent increase in 2013.

San Jose is one of the largest populated cities in the area and this Silicon Valley city is known for its employees involved in technology. Because demand is largely driven by young tech workers moving to the area and homes prices are high in San Jose, it is likely that the folks of San Jose will continue to rent despite the increase in rental prices. In San Jose, the average price for a single-family residence for the last quarter of 2012 was a hefty $685,000 according to the National Association of Realtors.

Thanks to the ongoing flux of techlogy workers, San Francisco's rental rates have been on the rise. Competition to find apartments is fierce and according to Bloomberg Business Week the process consists of “having to stand around with 30 other people, filling out the equivalent of a college application that explains why you and your spectacular personality deserve to pay ridiculous amounts of money to live in the apartment they all want.” Despite the rat-race to secure an apartment, renting is still more affordable compared to the price of homes in San Francisco. At the end of 2012, the average price for a single-family dwelling was $593,200.

Because Seattle is the home of big corporations such as Amazon and Microsoft, the housing demand has increased; however, the unique geography of the city has limited the supply of rentals. In 2012 rental rates have increased more than any market in the US but there is a large amount of apartments due to come on the market this year will could have a long term effect on the price of rent. Seattle’s average single-family residence is priced at $313,000.

This Twin City experienced a huge leap in the construction of apartments; however that has not stopped the prices of rent from climbing or increased vacancies. Mary Bujold, President of The Maxfield Research Group, a Minneapolis housing organization explained “The rental market is quite healthy right now. Until people really gain some good confidence in the for-sale market, it's going to be this way for a while."

There has been a boom in apartment construction in Northern Texas, with about 20,000 units under way and it seems that the signs of the recession are a thing of the past. Vacancies have decreased and demand has increased which is nothing but good news for landlords. The average price for a single-family residence in the metro area (which includes Fort Worth and Arlington) was $157,2000 at the end of the fourth quarter in 2012, according to the National Association of Realtors.

According to the Apartment Association of Metro Denver, vacancy rates are at an all time low and the largest increases last year were for efficiency apartments. "This suggests that people are looking for the smallest, least expensive unit they can find in many cases, and that drives up rents for the smaller units too," Ryan McMaken, economist for the Colorado Division of Housing, told the Denver Business Journal. The median single-family home in Denver costs around $254,800.

To keep up with Portland's rising demand, the city is constructing thousands of apartments as this city is one of the tightest markets for rentals in the country. According to the Oregonian, the largest demand is for studio apartments and in the past two years studio rents have grown 30%. The newspaper goes on to explain that the increasing demand is derived from a mixture of issues: Many homeowners who could no longer afford their homes during the housing crisis have turned to renting, and those who consolidated households to save money are now moving out on their own (a process known as "unbundling"). The National Association of Realtors records the median price for a single-family dwelling in Portland metropolitan area at $242,000 at the end of 2012.

In December, the New York Times reported that Houston is one of many cities experiencing an uptick in apartments as developers hurry to cash in on rising rental rates. Texas’ largest city is driven by the energy market and has been a regular on Forbes list of fastest-growing cities. According National Association of Realtors, the median single-family residence price to be $167,800 at the end of last year.

Because the buying market in this city has struggled in recent years, the rental market has boomed. The value of homes in this city have taken a serious hit – approximately 50% according to Zillow.com – since the housing market reached its peak; however, they are quickly bouncing back with home values appreciating 9% in the past year. The average single-family residence was priced at $213,000 at the end of the fourth quarter in 2012.

Occupancies and rents have hit record numbers this past year, according to Austin-based real estate consulting firm Capitol Market Research. Downtown occupancy rates are above 97%, and rents in this popular area are more than two times the median rent in the larger area. The average single-family home price was $203,100 at the end of 2012.